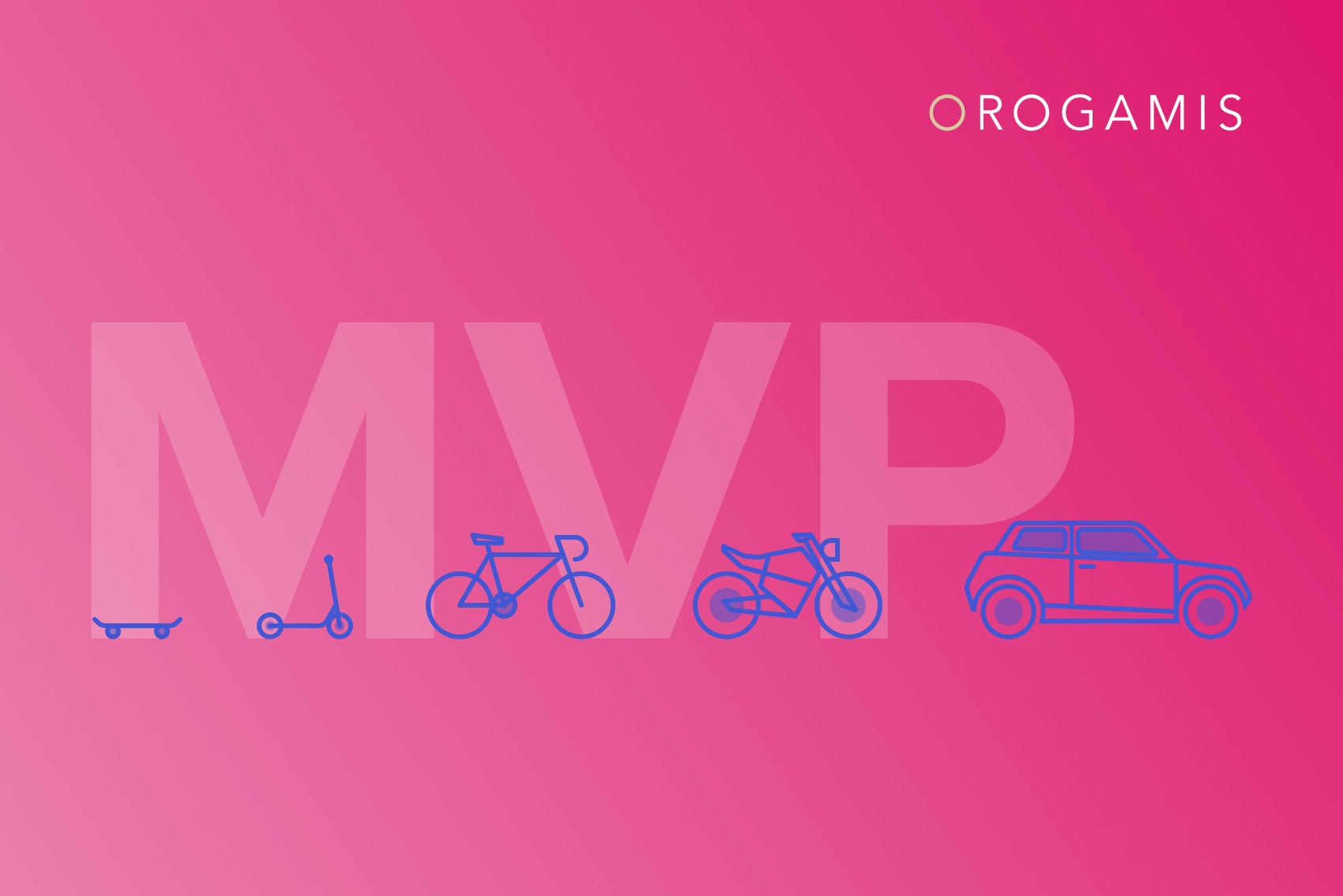 A minimum viable product, or MVP, is a version of your product that requires minimal time and money to create, so you can validate it without a lot of risk.

What is an MVP?

It’s something that’s grown especially popular with the rise of the lean startup movement.

The power of an MVP lies in its iterative nature. It doesn’t have to be perfect the first time around, and in fact, trying to nail it on the first attempt may actually be a waste of resources if it turns out you’re running in the wrong direction. An MVP minimizes risk by testing whether or not a product actually solves a problem for customers and therefore has a market. It helps you determine if a product will make enough money to be profitable. And it does this sooner rather than later.

Companies that fail almost always fail because they run out of resources. The MVP approach empowers a business to survive on less capital, longer. Rather than leaping headfirst into what might be a minefield, you can spot obstacles ahead of time and navigate accordingly.

That being said, it isn’t a bulletproof approach. Things can go wrong, and we’ve identified four common mistakes that companies make when building an MVP.

Mistake #1: Trying to Be Everything to Everyone

Even if your product has the potential to appeal to everyone, everyone is not who you want to appeal to — initially. Niche down in the development stage. Hone in on the customer persona that would get the most immediate use out of the product. Serving them and only them in the initial phases will allow you to build a sturdy customer base that you can later expand.

During the testing phase it may be difficult to hold the course because this phase tends to unleash a flood of new ideas. You may be tempted to tack on one of these shiny new ideas in order to widen the audience but doing so may actually result in feature overload.

The effects of trying to be everything to everyone can work against you:

The point of an MVP is to verify that there is a market for your product — not to cater to the needs of every potential customer.

In the words of Mark Zuckerberg, when Facebook was in its infancy, “move fast and break things.” As the company grew to the giant it is today, that mantra shifted to “move fast with stable infrastructure.” This perfectly underscores the marked difference between startups and enterprises; Zuckerberg understood that one of the key advantages of being an entrepreneur is agility.

As a smaller entity you have the ability to test, fail, experiment, learn, and pivot more quickly than large corporations. There are fewer minions to boss around, fewer resources to juggle, and no bureaucratic hoops to jump through.

If you aren’t an entrepreneur, the MVP model is still feasible but more difficult. It works exceptionally well for startups and smaller companies that aren’t risking damage to an established brand reputation or launching to a huge audience. However, a bad product can follow around an enterprise for years. Even if the product is improved, bringing an “unfinished” product to market can leave a scar that never fades.

E.g., Can you imagine Tesla launching with an MVP? It never would have happened — Elon Musk’s fame and vision preceded him. Anything less than visionary and the world’s first luxury electric car would have flopped. So it might be said that the balance between “minimum” and “viable” is in part contingent upon a company’s size. A startup has more wiggle room and can capitalize on this by moving quickly.

While it’s true that the small fish have the ability to quickly pivot the product or strategy, they of course aren’t immune to a damaged brand reputation, which leads us to the next mistake...

Mistake #3: Launching to a Large Audience

While it’s important to iterate quickly, there’s a bit of a Catch 22 that comes with the MVP model. If you ship out a product that isn’t actually developed enough, customers will be upset. They won’t see an MVP as an MVP. They’ll just see it as a bad product. And this is like shooting yourself in the foot if you launch to a large audience.

Let’s go back to Facebook. The company currently boasts 2.60 billion monthly active users, but it started out as a social networking site for Harvard students exclusively. Facebook is a great example of an MVP success because it:

In fact, many successful companies (Twitter and Slack, to name a couple) were originally internal prototypes; they were designed by a company for that company.

So, there’s a balance to be had between “minimum” and “viable.” On one side is the importance of speed-to-market, on the other there’s customer satisfaction. You can mitigate the damage by finding the right sweet spot and you can limit how much of your potential customer base you expose the product to. Furthermore, that limitation will give you the space to gracefully respond to and integrate any incoming feedback.

Mistake #4: Too Much “Minimum,” Not Enough “Viable”

An MVP doesn’t grant anyone permission to sell garbage, but many businesses put out products that really aren’t ready. This is likely because they’re considering minimum viability from their own point of view, and not the customers’ point of view.

That’s a huge mistake in an age where customer-centric companies are 60% more profitable than those that aren’t.

As a result, the term MDP has gained some traction — minimum desirable product (a.k.a., a minimum delightful product). Let’s take a peek in the dictionary and unpack that difference.

Desirable: Wanted or wished for as being attractive, useful, or necessary.

The second word certainly sounds more promising; a minimum desirable product satisfies a need by emphasizing user experience. A viable product only has the potential of being desirable.

Another way of considering this is that when we create an MVP we’re essentially asking: What’s the least we can do for the greatest result? The question that an MDP carries with it is: What is the simplest high-value product we can offer?

Of course, you need both viability and desirability. Otherwise you might end up with:

But desirability and viability aren’t at odds with each other. An MDP is really just an MVP that asks us to recalibrate our baseline for “minimum.”

Mistake #5: Not Working With an Expert

Especially if you’ve never built an MVP, it can be difficult to foresee potential pitfalls. The four mistakes we’ve pointed out above are general and apply to everyone, but every venture will come with its own challenges. Leveraging the reliable insight of a growth expert can help you navigate that unique (and uncertain) terrain that spans between product development and company growth.

Orogamis’ signature methodology empowers companies to close this gap more quickly. We emphasize foundational growth tactics (think long-term), user experience (brand equity is critical), and business intelligence (data drives everything we do), to bring you a growth playbook that works. When you work with us, you:

To conclude, the five stumbling blocks that early-stage companies frequently collide with are:

Getting the MVP model right is a game of balance. It’s about creating something simple, but fleshed out enough to be desirable. It’s about quick yet calculated steps forward. As we said before, its power lies in an iterative approach to creating a final solution. Knowing this can help you avoid the model’s most common pitfalls; and partnering with an expert will help you not only navigate around those pitfalls, but also grow more quickly and efficiently.

Curious as to how we can help grow your business? Let’s chat!

Check out our Ultimate MVP Checklist
Download the checklist 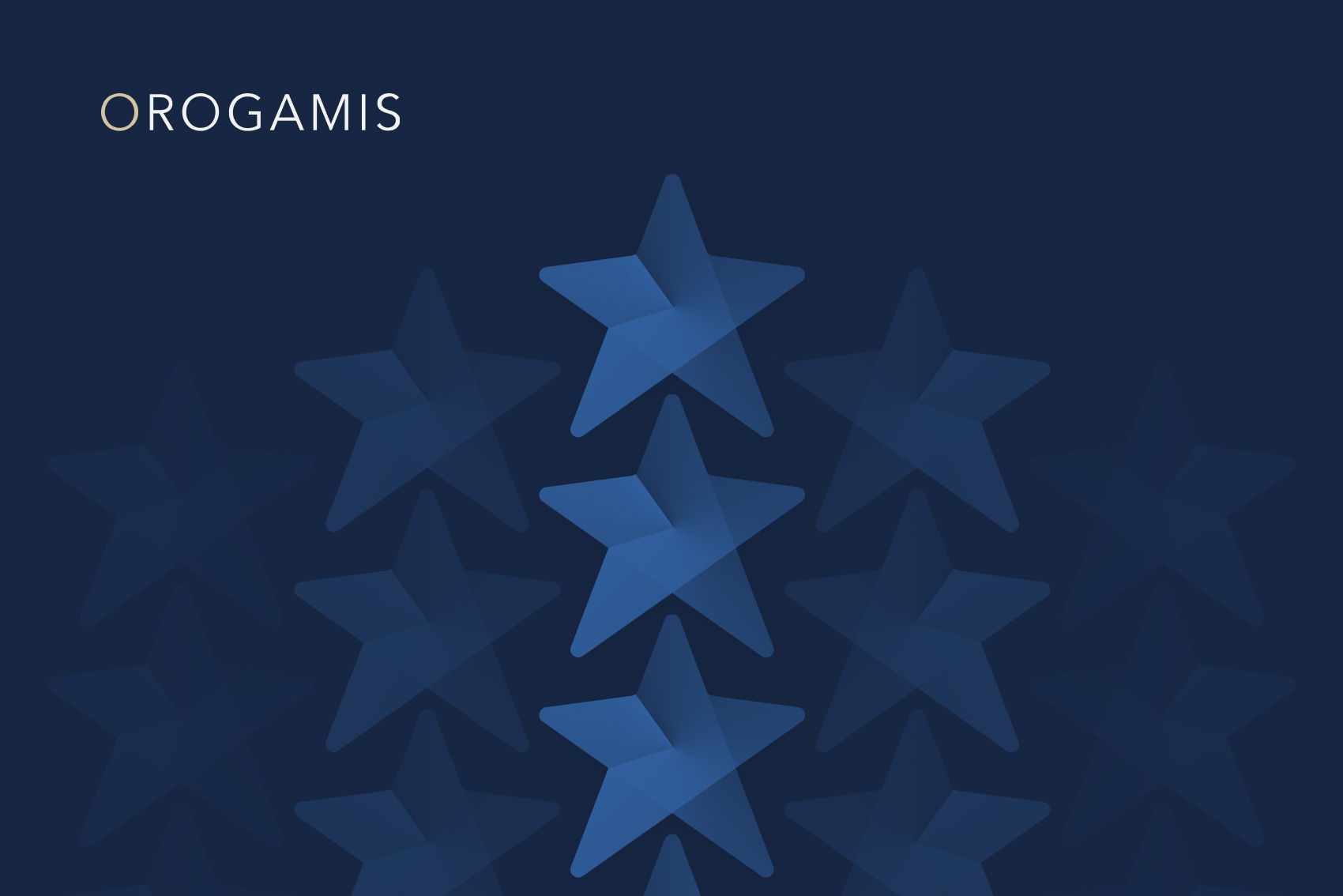 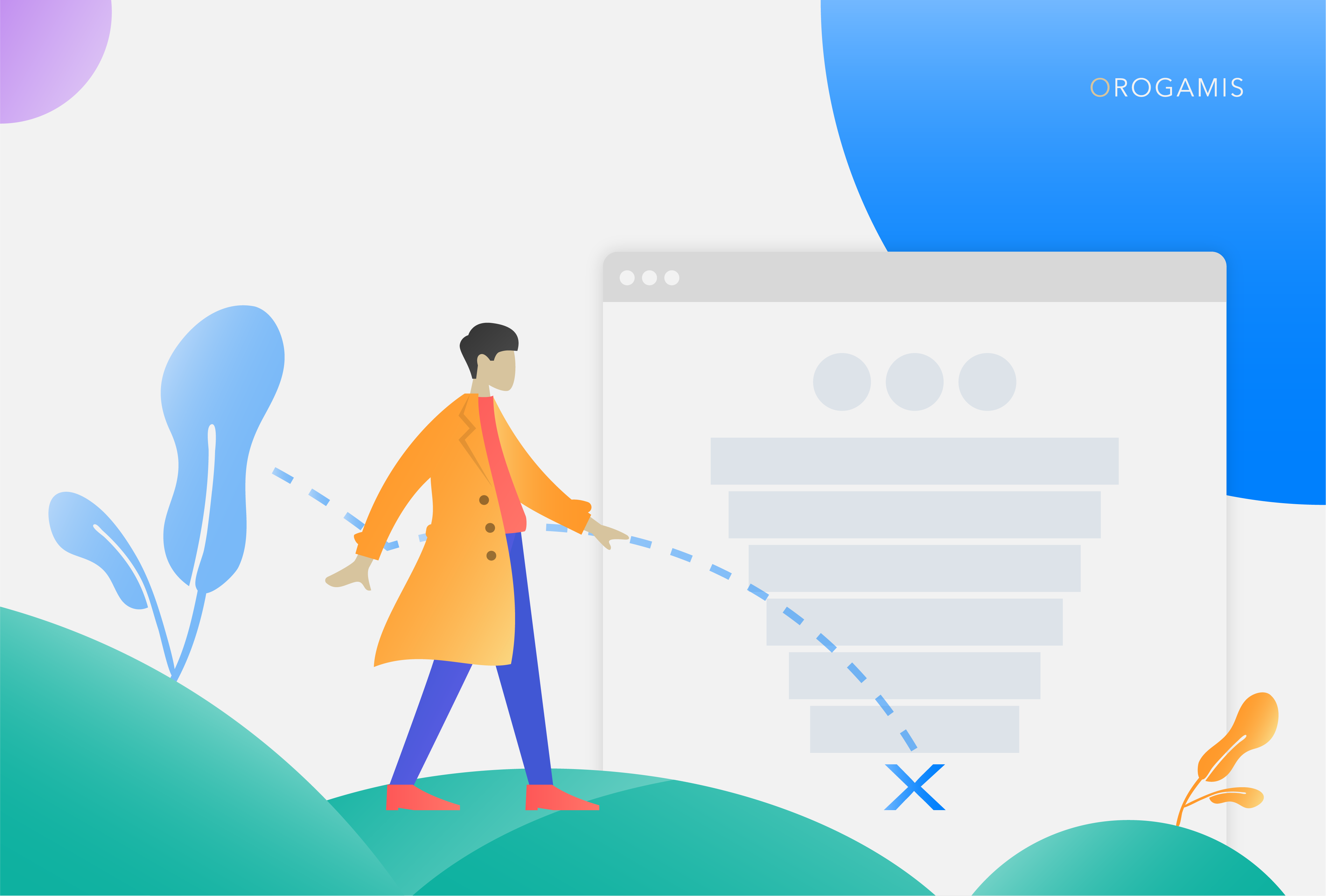 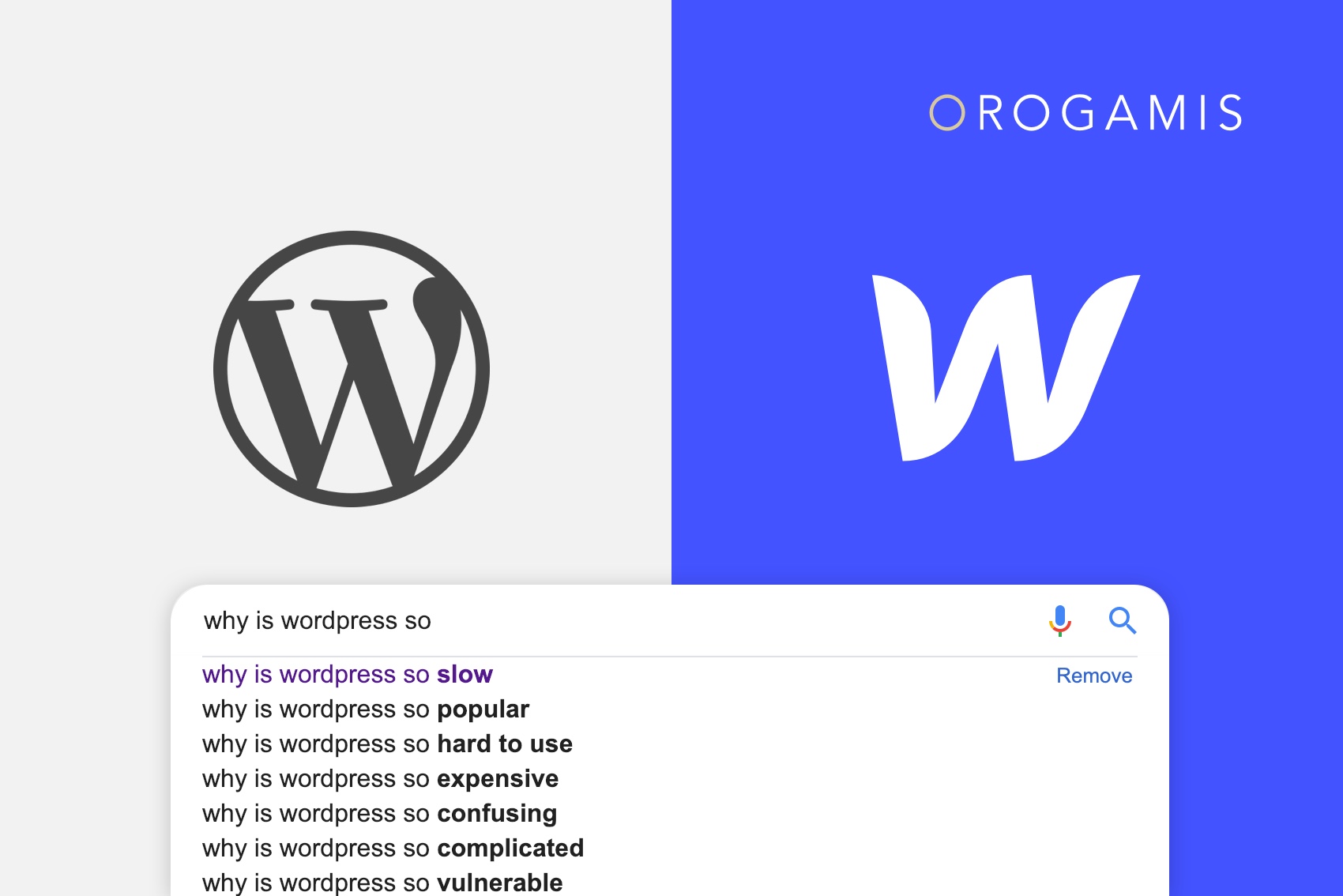 Curious how we could help grow your business?
Every engagement starts with a friendly chat.